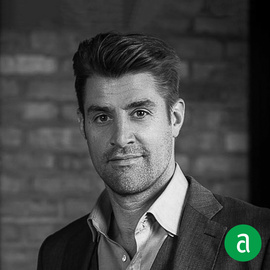 “It’s impossible to find success and happiness in this industry if you don’t have an authentic love for taking care of people. It’s this quality that you should look for in everyone you hire above all others. „

University of Illinois
Urbana, IL
One of my earliest mentors taught me the power of a good pre shift. Her pre-shifts were fun, creative, inspiring, and purposeful. When I left to open my own place she told me that great leadership always set the tone for the night, and I should spend some time every day preparing for that 30 minutes, and be detailed about it.
Honestly, I told my parents at 10 that I wanted to open my own restaurant, but I think it truly clicked for me when I got my first captain’s job. There was something entrepreneurial about it. I would imagine that my station was my own restaurant. I had 20 seats that were all mine. It would succeed or fail based on me fostering relationships, solving conflicts, and executing the right movements. It’s a microcosm of what I still do today.
Organization. It is a skill that I did not possess 20 years ago, but I learned very quickly that the only way to manage multiple restaurants is to try and slow the game down, otherwise it will overwhelm you. I try to keep a clean desk, a manageable inbox, and as much mental clarity as possible.
The best reason to grow a company, is to provide new opportunities for growth for talented team members. If you are smart, hard working, and a good human, the possibilities are endless. Every time we promote from within, I think it builds motivation for everyone to keep moving forward. Most of our executive team are people who have grown up within the company.
I’m most inspired by sitting at the table with like minded individuals. I love collaboration, I love spirited brainstorming. Most great ideas don’t start out in their final form, you have to fight for it.
Disclaimer: Individuals featured in the Inspirational Career Timelines section have been nominated by peers, colleagues and/or other members of the hospitality industry. It is to the best of our knowledge that each individual has demonstrated leadership and acted as a positive role model for others.