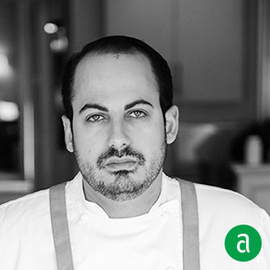 “When thinking about opening a restaurant, I looked at a lot of factors and really took a few deep breaths and thought hard if I was ready to make the leap. The biggest thing to consider is whether you ever been a part of a restaurant opening before. I had the benefit of having opened two restaurants in the year prior in two separate markets. That equates to two very in depth practice runs. Understanding the process and being very organized helped us to stay on track and manage the budget very closely. Because we can anticipate a lot, we've made a lot of decisions for the restaurant that ask the question, "Is this something we absolutely have to do now, or can we grow into that aspect at a later time?" „