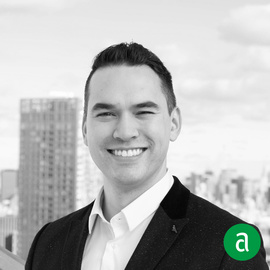 Jonathan Lind, Bar Director for Crown Shy in New York, NY, shares his career timeline and advice for up and coming talent.

“The biggest lesson that I have learned in my career is that investing in the people around you is easily the most rewarding thing you can do in this industry.„

EXPERIENCE
2018 - Present
Bar Director
Crown Shy
New York, NY
2017 - 2017
Bartender
L’Atelier de Joël Robuchon
New York, NY
2017 - 2017
Bartender
George Washington Bar
New York, NY
2017 - 2017
Bartender
Top of the Standard
New York, NY
2015 - 2017
Bartender
Remedy
Dallas, TX
2011 - 2015
Bar Manager
The NoMad Hotel
New York, NY
2011 - 2011
Bartender
Eleven Madison Park
New York, NY
2001 - 2009
Front Server
Noodle Bar
New York, NY
EDUCATION
2010 - 2010
Restaurant Management Course
Institute for Culinary Education
New York, NY
A mentor of mine once told me if something bothers you, take the time to distinguish if it bothers you personally or professionally.
My apprentice program with Tales of the Cocktail in 2012 had the largest impact on my career. While this was more of a convention than it was a job or internship, it gave me insight into small team management and bringing together groups of bartenders with different skills and backgrounds.
I knew this profession was right for me pretty early on in my career. I can clearly remember moments in the Noodle Shop where I should have been completely in the weeds, and instead was having the time of my life.
Generally speaking, I don’t think it's about finding a balance of work/life. I think at a certain point, you have to find a “life” component that is understanding of the extraordinary requirements of New York City fine dining. Whether this takes the form of a club that meets at odd times, a gym that is open all night, or a partner who is endlessly patient and understanding, that’s up to you. Ideally, also you’re looking for a career path that doesn’t require you to sacrifice so much of yourself for the duration of your career.
Humility and a willingness to learn are the two biggest traits that I look for when hiring. I personally believe that these are the most valuable skills a person can come to the job with. Everything else can be taught.
As a bartender, multitasking was easily the most important part of my job. Now that I’m in a management position, empathy and a commitment to pursuing our companies' goals are equally important.
It’s a lot easier to keep the team inspired and get the best from people if you remember that perfection is the goal, but not the requirement. Don’t punish people for their shortcomings, but inspire them to improve by giving them attainable goals.
I’m fortunate enough to be in a section of the industry that has codified and publishes lists of the “Best”. It motivates me every day to top those lists.
I find inspiration from my dad. He has been a tremendous source of inspiration when it comes to the management of people. He ran a multinational company for many years, so he is a fantastic resource for any and all questions regarding personnel.
Anything can be educational, the key is allowing yourself to contextualize it properly. I’m currently having a love affair with the Bon Appetit YouTube channel.
I’m assuming coffee is a popular answer, to what you couldn't do this job without. However, I think that quiet is even more important. You need to be able to remove yourself from the chaos and let the dust settle from time to time.
I think we are going to start to see more experimental cuisine in New York. I’d say we’ve gotten about as technically savvy with cuisine as we are going to get (without getting too bizarre), so to see that high technique applied to different regional cuisine is pretty exciting.
The BBC is essential. I’m not kidding. To read about global news through a non-America-centric lens is probably one of the most educational things you can do as a bartender. Knowing what’s going on in the world is as important as any cocktail recipe.