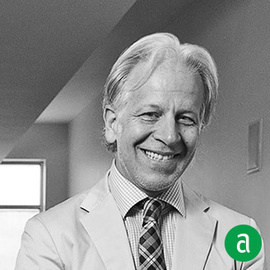 Owner and Partner of the One Off Hospitality Group

“The best “advice” that I have ever witnessed was how my mother and aunt were the greatest host/care takers of food and hospitality. It didn’t matter who you were, when you walked through their doors, you were treated to incredible meals. Sometimes they wouldn’t sit down and eat because they would continue to feed everyone savory and sweet. And by the time you were on sweets, they were already in the kitchen washing dishes.„

2015
EXPERIENCE
2014 - Present
Owner and Partner
Dove's Luncheonette
Chicago, IL
2013 - Present
Owner and Partner
Nico Osteria
Chicago, IL
2012 - Present
Owner and Partner
Publican Quality Meats
Chicago, IL
2008 - Present
Owner and Partner
Big Star
Chicago, IL
2007 - Present
Owner and Partner
The Violet Hour
Chicago, IL
2003 - Present
Owner and Partner
Avec
Chicago, IL
2003 - 2009
Owner and Partner
Sonotheque
Chicago, IL
1997 - 2021
Owner and Partner
Blackbird
Chicago, IL
1995 - 1997
Door Man
Buddha Lounge
Chicago, IL
1994 - 1995
Door / Bartender / Manager
Vinyl
Chicago, IL
1993 - 1995
Host / Manager
Ooh La La
1988 - 1997
Bartender
Tufano’s
Chicago, IL
1990 - 1993
Lead Bartender / Manager
China Club
Chicago, IL
1988 - 1990
Bartender
Alexander’s
Chicago, IL
1988 - 1990
Runner / Clerk
Chicago Board of Trade
One of the first two years we were open for business we closed Blackbird for an entire week. We thought it would be an exciting opportunity to give our staff members an entire week off after the New Year, which we thought would be a slower time of the year. Never again, it took us two months to catch up.
I’ve gotten a lot of advice from a lot of different people; I can’t name just one person. Here are a few that stand out for me. James Minogue-"Always be yourself." My cousin Louis shared with me his two bits of business advice-"always try to get the longest lease possible because the longer the lease the stronger the financial foundation." From my partners: Paul Kahan–"Never rest on your laurels." Rick Diarmit–"Everyone is welcome." Terry Alexander–"No one person is bigger than the whole."
I’ve learned to not be so rigid when making decisions–to be a bit more malleable and to agree with my partners. At the end of the day, to be successful, you have to compromise.
I had a thousand first jobs. Some lasted a week, some lasted three months. I’ve learned that you need to love your work in order to be happy in life. I love making people happy.
I have two quotes on my desk that I have looked at throughout the last 25 years.Calvin Coolidge’s quote Press On: "Nothing in the world can take the place of persistence. Talent will not; nothing is more common than unsuccessful men with talent. Genius will not; unrewarded genius is almost a proverb. Education will not; the world is full of educated derelicts. Persistence and determination alone are omnipotent. The slogan Press On! has solved and always will solve the problems of the human race." And Robert Browning: "A man’s reach should exceed his grasp or what’s a heaven for."
In every job, no matter how short or long it lasted, I’ve learned something about myself that I’ve carried with me to the next position.
The "love of the game" clause continues to inspire me. I didn’t get into this business to make money, that wasn’t the motivating factor. What motivates me is my love for this business. From putting together the real estate deal straight through to design and build out, and steps of service and finally, welcoming each guest into our home. I borrowed that tagline from Michael Jordan,when he first got drafted and moved to Chicago. He was starting to make his mark as a great basketball player and they started to put limitations on him. Corporate made him stop playing pickup games on the streets of Chicago, so he put a clause in his contract and called it the "love of the game" clause, allowing him to play basketball on any lot or street corner in the United States.
Disclaimer: Individuals featured in the Inspirational Career Timelines section have been nominated by peers, colleagues and/or other members of the hospitality industry. It is to the best of our knowledge that each individual has demonstrated leadership and acted as a positive role model for others.