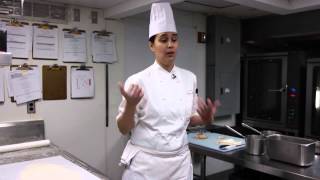 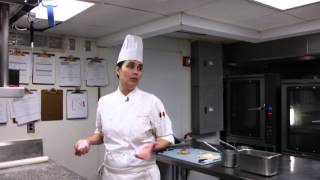 2
Importance of staying to learn 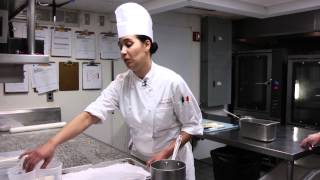 3
Why you should not jump around 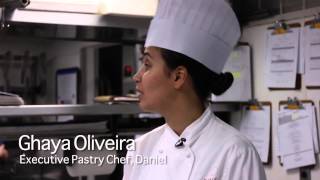 4
Why its not just about the resume 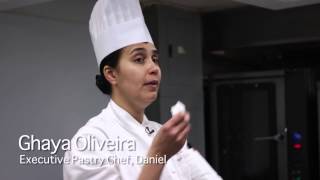 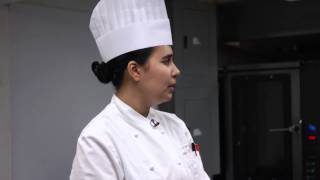 6
The importance of being self motivated 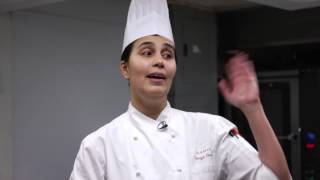 7
Training and preparation for my future 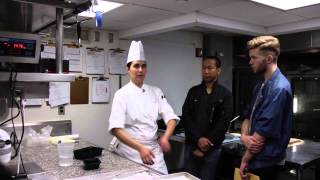 Ghaya’s first career was not in the kitchen, but as a stock trader in her native Tunisia. After moving to the United States in 1998, she chose to pursue creative challenges in the kitchen rather than on the trading floor. Over the past 12 years in Chef Daniel Boulud’s pastry kitchens, she’s never ceased accepting challenges and has played a pivotal role in the success of Bar Boulud and Boulud Sud. Ghaya joined Café Boulud in New York in 2001 as a pastry commis, and was promoted on several occasions, first to Pastry Cook, then to Pastry Sous Chef, learning from Daniel Boulud’s Corporate Pastry Chef Eric Bertoia. "I slowly worked my way up," says Ghaya. "Time didn’t matter because I was so hungry to learn." When Chef Daniel Boulud opened Bar Boulud in 2007, he called upon Ghaya to head menu development as Executive Pastry Chef. When neighboring Boulud Sud opened in May 2011, Ghaya’s sheer talent and ambition led Boulud to make her the Executive Pastry Chef there, too. "Working for Daniel means always reaching for the best," she says. "It’s knowing how to be classic and modern at the same time." Her professional approach and talent were recognized by the James Beard Foundation with a 2012 nomination for "Outstanding Pastry Chef." In July 2013, Ghaya took over the Executive Pastry Chef position at Chef Daniel Boulud’s flagship DANIEL. She brings a traditional French pastry philosophy and refined palate, juxtaposed with a sense of playfulness, exemplified by whimsical presentations and unexpected flavor combinations.