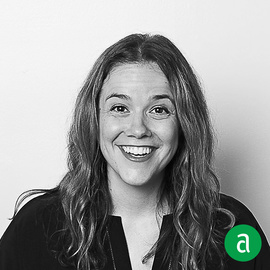 “Being nice is cool! What people ​practice in hospitality is so glorious to witness​.​ It is​ quite​ possibly the best industry to get into ​on ​the planet, because all it does is make people happy by showering them with love.„

EXPERIENCE
2011 - Present
Founder & CEO
Wicked Good Media
New York, NY
1999 - 2011
Producer
Nightline, ABCNews
New York, NY
EDUCATION
1994 - 1998
BA in Communications
The George Washington University
Washington, DC
Luckily, as a former TV producer, I’ve been able to apply a lot of the skills into my role as a restaurant marketing & publicity specialist. The majority of my time spent is on the art of storytelling, which I was trained to do in television. I would get pitched everyday in news, so through the years I learned how to differentiate a good pitch from a bad pitch. You also need to be able to multitask, there are a thousand things to do at all times. Finally, my former job taught me how to deal with different kinds of people and personalities, atmosphere and environments. You never knew who you’d have to interview for a piece or where you'd end up!
When hiring, I look for people who are excited and fired up. Do the research and show from that knowledge that you really want the job. I want somebody to come to me and show me that they can do things even better than what we've already done. Take initiative, be creative, and don’t be afraid! When I started, I was willing to do anything, whatever it took. I still have that same attitude now as I did when I was 22.
I couldn't do my job without hummus. I eat hummus everyday. It's a weird addiction. If I was a superhero, hummus would be how I got my energy.
I’ve been lucky to have some of the best, smartest, charismatic people in the industry support me since the beginning: Chipotle’s former CEO Steve Ells and former CMO Mark Crumpacker helped me establish my business and didn't hold me back in establishing their video department because they believed in me; Eleven Madison Park’s Daniel Humm and Will Guidara worked with me in figuring out what PR and Marketing meant to them. 90% of my clients were my friends first. What I’ve learned the most is that it’s all about supporting each other. I was given so much help when I started that I feel the need to pay it forward and assist others where and when I can.
As a small business owner, one of the biggest challenges I’ve learned is not giving away what I do for free. A brain pick is a service.
Reading is essential to this job: it helps you write better, opens your mind to being more creative and it teaches you patience. Our office is covered with magazines, books, journals; we have 20 tabs open at one time on our computers; alerts from publications on our phones (it is a lot of noise but we learn so much every single day). You have to love to read. It will help you write a pitch and learn who is writing what.