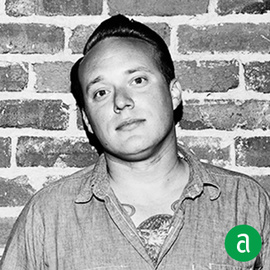 Morgan Schick, Creative Director of The Bon Vivants and Trick Dog in San Francisco, shares his career timeline and advice for up-and-coming talent.

“I took a couple of years off from working in this industry, but always felt most comfortable when I found myself in a restaurant or a bar. By the time I decided to come back to the industry, there was a new wave of creativity in the world of bartending which inspired me. At that moment, I knew I was going to make it my career. „

EXPERIENCE
2014 - Present
Creative Director
The Bon Vivants and Trick Dog
San Francisco, CA
2013 - 2014
Manager
Trick Dog
San Francisco, CA
2011 - 2012
Bartender
NOPA
San Francisco, CA
2009 - 2011
Lead Bartender
Mina Group
San Francisco, CA
2008 - 2009
General Manager
Marzano
Oakland, CA
2006 - 2007
Manager
Bar Bambino
San Francisco, CA
2005 - 2006
General Manager
East Chinatown Lounge
Portland, OR
EDUCATION
2000 - 2000
BA in English
Colorado College
Colorado Springs, CO
I think the idea that you have a job that speaks to you is a myth. This profession was right for me as it is what I do. It’s more important to be engaged and committed to finding the thing you enjoy doing every day, as opposed to just finding something to do. It’s rewarding because I know I’m going to do it to the best of my ability.
Two books that I would recommend anyone to learn more about the cocktail world are: “Imbibe!” by David Wondrich and “The Bar Book” by Jeffrey Morgenthaler.
I instill the sense of creativity in my team and try to create an environment where my team feels cared for. I do not believe in yelling as an effective way of training. This drives them to challenge themselves and encourages self-motivation and team camaraderie.
I read articles about cooking and restaurants as well as any news regarding topics unrelated to the hospitality industry. This is where I get a lot of inspiration and hope to eventually bump into something that’s going to be useful for me.
Listening is an easy skill to have but understanding what someone is trying to tell you is most important. Whether it’s a guest that is telling you what they want to drink, or you are speaking to your team, the ability to listen, understand, and read someone’s body language is an invaluable skill.
When hiring, I look for intelligence. I specifically look for things in their resume that suggest that they know how to think. It’s not about confidence, but confidence in your own ideas, and mind. You can’t train that. Service is about making your own decisions on the fly. You can’t train someone how to handle everything that’s going to unfold every shift. The most correct decision is reliant on trusting in yourself to make the right choice.
It is nearly impossible for me to be successful at my job without patience. It can be a really frustrating line of work, as you are dealing with guests, employees and clients, and being pulled in many different directions, on a daily basis.