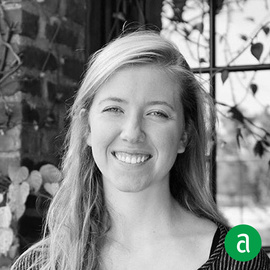 “Working in hospitality not only requires you to be passionate about food and the industry, but being able to work hard. If you don't genuinely love it, it's not meant for you for the long haul.„

EXPERIENCE
2017 - Present
Service Manager
Blue Hill at Stone Barns
Pocantico Hills, NY
2016 - 2017
Captain
Blue Hill at Stone Barns
Pocantico Hills, NY
2016 - 2016
F.A.R.M.S. Apprentice
Blue Hill at Stone Barns
Pocantico Hills, NY
2015 - 2015
Hostess and Reservationist
Alden & Harlow
Cambridge, MA
2014 - 2015
Barista
3 Little Figs Cafe
Somerville, MA
2013 - 2015
Front Desk Supervisor
Coolidge Corner Yoga
Brookline, MA
2013 - 2014
Supervisor and Barista
Blue State Coffee
Boston, MA
EDUCATION
2011 - 2015
BA, Environmental Science
Boston University
Boston, MA
I worked in a coffee shop when I was in college. My boss at 3 Little Figs Cafe taught me about how to foster a positive work environment and to take pride in the people you work with.
I was studying in New Zealand doing research on alternative urban food systems for a professor who introduced me to Dan Barber’s book The Third Plate. When I went back home in Boston, I realized I lived very close to Blue Hill and reached out to the restaurant to join the F.A.R.M.S. apprentice program. The program allowed me to understand how farms and restaurants work together and confirmed that I wanted to pursue a career in hospitality.
Be willing to show that you will learn and be upfront about what you know and what you don’t. A lack of knowledge is not a weakness but an opportunity to work on something new. Having a sense of self-awareness and self-confidence really reflects itself on the floor.
At Blue Hill, we focus on storytelling to tell of what goes behind the food. We work closely with Chef Dan Barber to create stories and experiences for guests, allowing them to leave with new knowledge and not just a great meal.
As part of the manager team, we are responsible for a lot of the training. We organize field trips for the staff to visit our purveyors in the area.
So much information is available within books and articles, I love to read to pursue knowledge I don’t have. I also eat out to see how other people approach hospitality, the way they do things differently or better. Simply eating and cooking at home with people that you love is a good reminder of basic hospitality and how people want to be taken care of.
A few essential reads: Dan Barber’s cornerstone work, The Third Plate, explains what he thinks about food and the way we serve it in the restaurant. I also love Consider The Fork by Bee Wilson, which introduces a different way to look at the food system. As the tea and coffee director, I’m currently reading a lot of books regarding tea. The Art and Craft of Tea by Joseph Uhl is a beautiful account of different styles on serving tea. Then you also have to keep your finger on the pulse at what is happening with the New York Times, Grub Street, Eater, etc. to know what is going on outside.
This job would not be possible without the staff showing up every single day, being willing to work.
Management is a new role for me. I try my best every day, I see what works and what doesn’t. The wonderful thing about Blue Hill is that there a lot of veterans on the team, captains who have worked there for 10 years and have been in the industry for even longer. I’ve learned the most from working with them and asking them questions.