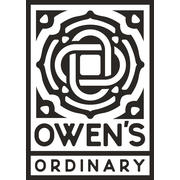 Owen’s Tavern & Garden is indeed anything but ordinary. With a state-of-the-art beer program and service to match, a menu composed of modern American favorites and a steam-punk–inspired decor, Owen’s stands out from the crowd.  Put simply, Owen’s Ordinary is convivial neighborhood gathering place with a standout beer program featuring 50 rotating taps. Perfectly suited for an easy weeknight family gathering, a special occasion celebration, or just an unpretentious spot to convene with good friends over rare beers and comforting food, the atmosphere at Owen’s is both lively and warm, and we are seeking experienced servers to join our excellent team.

Our ideal candidate is someone with at least one year of experience in dining and hospitality. The ability to work well in a team is critical, as is a passion for serving guests and truly providing a great experience. Beer is an important part of what we do, so a knowledge and passion for beer is a huge plus, but not necessary as we will teach a motivated individual who is excited to learn.

Please submit your resume if you are interested - we look forward to speaking with you!

Owen's Ordinary is a tavern and 60-seat beer garden from the Neighborhood Restaurant Group and the teams behind restaurants such as Birch & Barley, ChurchKey, Bluejacket, The Sovereign and Rustico. Situated within the Upper Muse Alley portion of Pike & Rose, Owen's Ordinary brings a world-class beer program, led by Beer Director Greg Engert, and a distinct culinary program to match focused on elevated tavern dining.

The restaurant features a vibrant, casual bar and dining area within a warm space featuring wood floors, subway tile, zinc cladding, and industrial steampunk elements. The two-sided soapstone bar is built into the facade, serving 50 craft draft beers to a large bar area inside and a 60-seat beer garden outside.