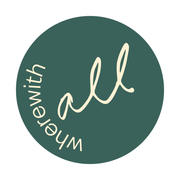 Wherewithall is looking for self-motivated individuals who genuinely enjoy hospitality and working with a team to create a special experience for our guests. Fine dining experience is not necessary, expertise can be taught. Willingness to learn, kindness, tenacity, and compassion are required traits!

The nightly four course dinner menu invites you to relax and let the Wherewithall team do the thinking for you, a style of service inspired by casual bistros abroad and classic hospitality.
Wherewithall features ingredient focused cuisine that is approachable, thoughtful, and wholesome. The food is unbounded while the wine list will be almost entirely domestic, highlighting wine makers and friends who use low intervention methods. In addition to dinner service, the bar is open from 6, serving an a la carte dinner items, aperitif cocktails and wines by the glass.

Located at 3472 N. Elston Avenue in Chicago’s Avondale neighborhood, just one block south of Parachute, Wherewithall will open this summer. The turn of century, rehabbed space, designed by Charles Vinz, features a full bar, an outdoor courtyard, and a private dining room in addition to the beautiful and intimate dining room where dinner and lunch will be served.
The chef duo accomplished their dream of opening a restaurant together 5 years ago this May. In that time Parachute has become one of Chicago’s most beloved go to’s garnering national attention from the likes of Bon Appetite (Best New Restaurants), Food & Wine, GQ and even Good Morning America among many more. The restaurant was given and has retained 1 Michelin Star for the past 4 years and the chef duo have recently received the James Beard Award for “Best Chefs Great Lakes”.

A lot more than professional accomplishments have taken place, though, since Parachute’s opening with the Clark/ Kim family having grown from three to five. It was important for them to open their second restaurant within the Avondale neighborhood, a place where they’ve taken root and called home since the opening of Parachute. Avondale is more than just a home to their restaurants, it is home to their family and they are committed to helping the neighborhood continue to flourish as a great place to work, live and play.