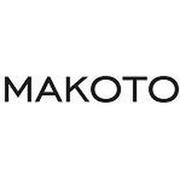 Affiliated with STARR Restaurants, colorful and contemporary Makoto offers bright and spacious indoor and outdoor dining on the third floor of the luxury boutiques Bal Harbour Shops. Designed by international designer India Mahdavi, Makoto is the perfect fusion of a French Brasseire, Japanese restaurant, and an American diner, all under one roof. Chef Makoto Okuwa, a master of Edomae-style sushi, continues to reshape tradition for a savvy audience eager for something new.

We are seeking Hosts with a genuine sense of warmth and hospitality to join our team!

Qualified HOSTS will have:


Makoto is an equal opportunity employer. All applicants will be considered for employment without attention to race, color, religion, sex, sexual orientation, gender identity, national origin, veteran or disability status.