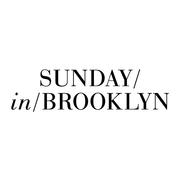 Sunday in Brooklyn is your favorite Brooklyn Bistro serving American staples for brunch and dinner daily.

We are looking for Full-time runners with experience in refined service and high volume. Barista experience is a big plus. Weekend availability is expected.

If you have a talent for warm hospitality, a passion for delicious food and tasty beverages, plus an inner drive to hustle in a large and dynamic venue, we would love to work with you. We are looking for personable and reliable individuals who will be noticed for their professional excellence. While fine dining experience is preferable, anyone with passion and love for people, food, and wine, and an admirable work ethic will certainly be welcomed. Our team is growing, striving every day to make a nourishing and meaningful contribution to our local community.

Standing for Long Periods of Time

Sunday in Brooklyn is a neighborhood restaurant in Williamsburg that cares deeply about what and who we serve, offering breakfast, brunch, and dinner 7 days a week.

We are looking for personable and talented individuals. Sunday In Brooklyn is an equal opportunity employer.