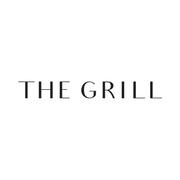 Major Food Group (the powerhouse restaurant group behind Carbone, THE GRILL, Sadelle’s and more) is hiring team members to join our team!

We are looking for a Polisher for THE GRILL, located inside the Seagram Building.

Open Jobs From THE GRILL

375 Park Food is a space composed of two restaurants, THE GRILL and THE POOL. These spaces occupy the historic rooms of the former restaurant The Four Seasons and are now operated by Major Food Group.

THE GRILL is a historically based American chophouse set in midcentury New York. It takes great inspiration from history; both the time the Seagram Building was built and the restaurants that existed at that time. It is the precursor to the NY Steakhouse, when things were still intricate and elegant. It celebrates all the animals of the land and some of our favorites from the sea. There is extensive table side preparation and service. There is also extensive use of THE GRILL. It is the name of the restaurant, the style of restaurant, and the piece of equipment we use in the kitchen for many of our signature preparations.

Open Jobs From THE GRILL