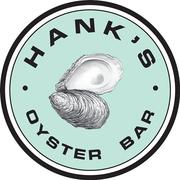 Jamie Leeds Restaurant Group, home to award winning Hank's Oyster Bar, has an exciting opportunity for experienced Hosts and Hostesses at the new location of our popular Old Town Alexandria, VA outpost. Our new space features 200+ seats, an expanded private dining space, and the only rooftop bar in North Old Town Alexandria. If you want to be part of the team the includes Hank's Oyster Bar-Dupont and Hank's on the Wharf, WE WANT TO HEAR FROM YOU!

Requirements and responsabilities include: