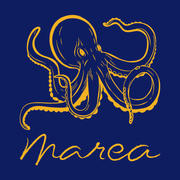 Requirements:
• Must have open availability able to work flexible hours
• Strong background in fine dining and knowledge of service standards
• Adept with all restaurant technology (POS, purchasing, labor-management)
• Passion for the hospitality industry and providing great service
• Candidates should be highly organized, efficient, and be able to work precisely
• Must be capable, trustworthy, have integrity, and have experience solving problems.
• Ability to train and encourage the restaurant staff
• Candidates should have an optimistic, positive disposition as well as an empathetic attitude
• Candidates should demonstrate creativity and a commitment to brand success

We offer competitive compensation and medical, dental, and vision benefits after 90 days of employment for full-time employees. If you are interested in joining the Marea team, please submit your resume. Attachments that cannot be opened will not be considered.