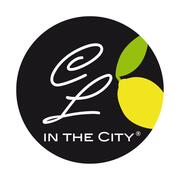 Casa Limone is Seeking Bartender for our restaurant in New York City.

Monte Carlo Hospitality Group team brings to the United States the rich culinary tradition of Franco-Italian gourmet style and the well established experience gained in the luxury sector with the Rampoldi restaurant in Monaco, creating a truly recognizable brand. The Rampoldi restaurant, the heart and founder of the project, was opened in 1946 and is now the oldest, recognzied and celebrated institution in Monaco, awarded with a Michelin star, and since 1970 the New York Times has regularly recommended its readers to pay a visit to the Rampoldi restaurant on thier triops to the Cote d'Azur.

Ideal Candidates would have the following prerequisites and characteristics:

If you're ready to take your restaurant career to the next step, believe that innovation, commitment to excellence and uncompromising quality is critical to success, we would love for you to join our team.


To apply, include resume. Tell us a little about yuorself and why you would be the best candidate.


We look forward to hearing from you!
Monte Carlo Hospitality Group  is an Equal Opportunity Employer

Standing for Long Periods of Time

Casa Limone in the city was born from the desire to throw a handkerchief of the Mediterranean in the historic heart of the Big Apple, a sort of window on the sea that can transport more than 7000 km away, by the simple act of crossing the doorstep.
Casa Limone is one of the declinations of the Monte Carlo Hospitality Group holding, which Chef Antonio Salvatore is Brand Partner. The mission, through the Rampoldi Restaurant, Antonio Salvatore’s La Table, Monte Carlo Patisserie and Atlantic Grill, is to create a thousand-kilometer-wide embrace made of Mediterranean atmospheres and excellent quality food.
These two extremes of the atlas in history have been closely linked, particularly in the early twentieth century, despite the distance;
in 2021, after more than a century, Casa Limone in the city is about to write a new chapter of the correspondence between New York
and the Mediterranean. In the heart of Manhattan, one step away from the iconic Rockefeller Center, Casa Limone in the city comes to life
to bring to the heart of New Yorkers all the Mediterranean warmth that reigns in Southern Italy through the cuisine of starred chef Antonio Salvatore and the special, carefully designed atmosphere.
The furniture has been chosen with care to every detail: on the walls are the ceramics of Caltagirone (Sicily) and Vietri (Amalfi Coast) made ad hoc for the restaurant, moreover the mise en place recalls the colors and the atmosphere of a distant land that has never been so close. Furthermore, the oven it is visible and gives off a warmth that goes straight to the heart.