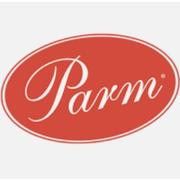 Major Food Group is seeking a Servers to join our team at Parm Burlington!

Parm is hiring an experienced Server with a strong work ethic to help set and maintain the highest standards of cuisine and professionalism.