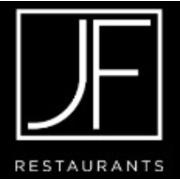 New York, NY
New York, NY
Full/Part Time • Salary (Based on Experience)
Expired: Dec 15, 2022
Your job failed to save at this time. Please try again later.
Sorry, this job expired on Dec 15, 2022. Below are other jobs that may be of interest to you.

JF Restaurants is looking for a dynamic Chef de Cuisine with an entrepreneurial spirit and a commitment to systems-based growth. This role requires strong creative and operational leadership.

JF Restaurants is a collaborative, creative hospitality group based in New York City, with venues across the country. Concepts include North Fork Table & Inn, an East End institution on the North Fork of Long Island, IRIS Aegean, located in midtown Manhattan, inspired by the rich culinary traditions the Mediterranean, La Marchande, located in the Wall Street Hotel serving modern French cuisine utilizing global ingredients, all f&b operations within The Times Square EDITION and Ardor, at the WeHo EDITION.

The Chef de Cuisine will be responsible for the day-to-day operational needs while guiding a culinary team in creative process. Experience in fine dining, high volume, seasonal menu planning, and ownership of operational systems and finances are paramount.