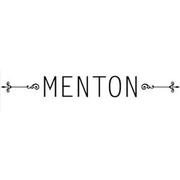 The Server will have the primary responsibility of presenting all dishes to guests and to act as a liaison between the service and kitchen staff. This position will represent the integrity of our culinary team for our guests.

Ideal candidates should possess:
1) an absolute respect and passion for food
2) the ability to convey these qualities to guests
3) the skill and discipline to maintain an organized and pristine work area
4) clear communication skills
5) the ability to interact hospitably with dining room guests
6) the ability to work professionally under pressure while possessing a sense of urgency to deliver dishes.