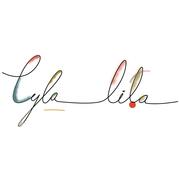 We're seeking professional servers with fine dining experience to join our team. Must be team oriented and be willing to contribute to the group. Moderate wine knowledge preffered. Please submit a resume for consideration.

Save
Sponsored
Servers and Back Servers
Holeman and Finch Public House
Full Time • Hourly (Based on Experience) plus tips
Hopkins and Company
Atlanta, GA • Gastro Pub

Save
Posted 20 days ago
Servers and Back Servers
Holeman and Finch Public House
Full Time • Hourly (Based on Experience) plus tips
Hopkins and Company
Atlanta, GA • Gastro Pub

Save
Posted 23 days ago
AM Server
Holeman and Finch Public House
Full Time • Hourly (Based on Experience) plus tips
Hopkins and Company
Atlanta, GA • Gastro Pub

Lyla Lila is located on the ground floor of the 24-story Lilli Midtown apartment building a block from the Fox Theatre.

The menu for Lyla Lila focuses on southern European fare from countries such as Italy and Spain. Craig Richards, Executive Chef and owner, worked for years in restaurants throughout Italy and with Lidia Bastianich (Italian celebrity chef, restaurateur), plans to feature fresh pastas.

Richards departed Ford Fry’s Italian and seafood restaurant St. Cecilia last year to begin working on the restaurant with his partner Bill Streck. Prior to St. Cecilia, he worked at Fifth Group’s Italian restaurant La Tavola in Virginia-Highland and Ecco in Midtown. Richards will continue to oversee the kitchen at Hampton + Hudson after Lyla Lila opens.