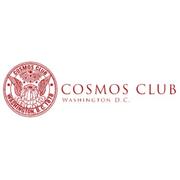 Are you a total foodie?

Can you handle the heat?

Do you want the opportunity to provide world-class service and make memorable experiences for others?

If you answered yes, please know that Cosmos Club is seeking a Full-Time Sous Chef to further provide true hospitality to our distinguished members and guests.

Cosmos Club is looking for team members who believe in the impact of kindness and the power of teamwork. We strive to provide our members and guests an atmosphere of warmth, dignity, and elegance. If you would like to be a part of our mission, check out the position below!

Summary: Our Sous Chef will be responsible for assisting the culinary leadership with the ordering, preparation and execution of all hot and cold food banquet events and restaurant. They will make sure their staff is working within an effective cost conscientious manner.

Must be able to lift, carry, push and pull food trays/carts up to 50 lbs routinely with or without reasonable accommodation.

Please note this job description is not a comprehensive list of duties, responsibilities, or tasks that may be required for this position. Employees will have many opportunities other than those listed. Any questions regarding essential functions of this position may be asked at the time of contact.

For more information, or to apply now, you must go to the website below. Please DO NOT email your resume to us as we only accept applications through our website.

The Cosmos Club (the “Club”) is a private social club, incorporated in Washington, DC in 1878 by men distinguished in science, literature, and the arts. In June 1988, the Club voted to welcome women as members. Since its founding, the Club has elected as members individuals in virtually every profession that has anything to do with scholarship, creative genius, or intellectual distinction. Among its members, have been three Presidents, two Vice Presidents, a dozen Supreme Court Justices, 32 Nobel Prize winners, 56 Pulitzer Prize winners, and 45 recipients of the Presidential Medal of Freedom.

The Club has approximately 3,200 members, both resident and nonresident.