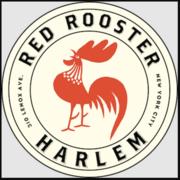 Located in the heart of Harlem, Red Rooster serves comfort Food celebrating the roots of American Cuisine and the diverse culinary traditions of the neighborhood. Named in honor of the legendary Harlem Speakeasy, Chef Marcus Samuelsson brings his passion for food to the neighborhood he calls home.

Red Rooster Harlem is seeking Servers that will exemplify the highest standards in integrity and leadership. Candidates must be highly confident in their abilities and be detailed oriented, be a team-player, possess excellent communication skills and genuinely enjoy working in the world of hospitality! Must be able to work weekends and brunches.

1. Prior experience in a restaurant.
2. Food and beverage knowledge.
3. Professional communication skills.
4. Able to take direction and work in a team environment.
5. Able to solve problems, and work calmly and effectively under pressure.
6. Strong self-motivation and organizational skills.
7. Able to stand and exert fast paced mobility for entire shift.

Red Rooster Harlem is thrilled to join Harlem’s vibrant community alongside local legends like The Apollo Theater, Sylvia’s and Lenox Lounge. We named our restaurant after the legendary Harlem speakeasy that was located at 138th Street and 7th Avenue, where neighborhood folk, jazz greats, authors, politicians and some of the most noteworthy figures of the 20th Century – such as Adam Clayton Powell Jr., Nat King Cole and James Baldwin – would converge to enjoy drinks and music in an inviting atmosphere. At our Red Rooster, we want to embrace today’s Harlem with that same spirit of inclusiveness and community.

Our menu reflects the roots of Harlem’s diverse population as well as Chef Marcus Samuelsson’s own rich background, while celebrating local farmers and artisanal purveyors. Red Rooster Harlem features a lively bar and dining room, and a front window offering a to-go menu of drinks and baked goods.