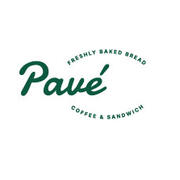 Pavé NYC, a new Bakery/Cafe located on heart of Midtown, New York, is looking for a Prep Cook to join our opening team!

You will work intimately with our Chef/Partner Jonghun Won & Executive Chef Peter Hong with an incredible opportunity to learn culinary, pastry and baking in a nurturing environment.

We believe in attitude over ability, and someone who can work with other people.
We believe in creating a culture of positivity while holding high standards in a work environment.
We believe in promoting from within for any position that opens up in the future, and believe in working together with a long term vision.

If this sounds like something you wish to be a part of, join us!

With the art of making freshly baked bread going out of style, it became a vision of Chef Jonghun Won to create a European-style Café/Bakery.
Located in the heart of New York City's bustling Midtown business district, Pavé's main focus is on creating artisanal bread made fresh throughout the day.
Our aim is to keep the supply of freshly made bread, which will be incorporated into delicious sandwiches and pastries, both savory and sweet.
We believe there's nothing better than freshly baked bread, and that there's nothing better than a sandwich built on that bread. Fresh is best!

Chef Won hails from South Korea, with a background in theology. He has honed his skills in numerous fine establishments such as Jungsik Seoul as the original Executive Pastry Chef, ultimately leading to uprooting his family to New York to open Jungsik New York, which won 2-Michelin star honor during his tenure.
A graduate of CIA (The Culinary Institute of America at Hyde Park), Chef Won concurrently works as the sole proprietor of La Tabatiere, located in Closter, NJ. It is hailed as one of the best bakeries in Northern New Jersey.