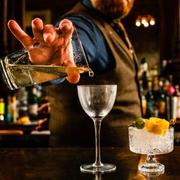 Jewel of the SouthMore Info

Jewel of the South is seeking an experienced host / hostess to join our front of house team. The ideal candidate will be warm, engaging, organized, professional, and gracious under pressure.

Job duties include:
-Answering the phone and taking reservations
-Managing reservations through Resy
-Warmly greeting all guests as the enter and exit the restaurant
-Updating guest book daily
-Communicating with manager on duty about special requests
-Keeping the host station clean and organized
-Maintaining open lines of communication with the manager and floor staff
-May require occasional bussing or running of food

Night and weekend availability is mandatory. Jewel of the South  is open for dinner service only Wednesday-Sunday and Sunday Brunch

Open Jobs From Jewel of the South 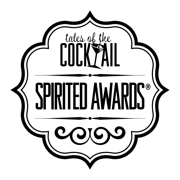 Jewel of the South

Among Hannah’s bartending contributions at the French 75 during his 14 years there include putting one of the city’s lost historic cocktails, the brandy crusta, back on the menu — effectively bringing it back from obscurity according to Punch magazine.

The new fine dining eatery pays homage to a 19th-century establishment by the same name.

Plans for the restaurant include both upstairs and downstairs dining rooms, a courtyard, 19th century furniture including an antique bar originally from London, and a menu focused on highlighting the city’s culinary history.

Open Jobs From Jewel of the South