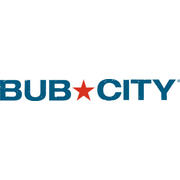 Bub City is Chicago's destination for barbecue and whiskey. It is open for lunch, dinner, weekend brunch and late night dining. The Southern spot offers more than 125 different whiskeys from well‑known and independent distilleries throughout the country, house-smoked pitmaster favorites and a Southern-inspired weekend brunch menu.

Caring. Creative. Careers.​
Join Lettuce Entertain You! Our 100+ restaurants are nationally recognized for great food and service and as great places to work. We hire and care deeply for people with creativity, passion and the drive to be the best. And we reward our teams with top notch benefits, career-long training and development and opportunities for growth. If you want a career at a progressive company with a long-standing commitment to people, join our caring and creative team. EOE. We participate in E-Verify / Participamos en E-Verify

Sous Chefs are responsible for running back of house (BOH) operations and shifts, including supervision of kitchen, dish and all other BOH teams as well as the preparation, presentation and service of menu items.

Save
Posted 15 days ago
Sous Chef
The Loyalist
Full Time • Salary (Based on Experience) plus tips
SMYTH // THE LOYALIST
Chicago, IL • Bar / Lounge

Save
Posted 18 days ago
Healthcare Sous Chef
The Garlands of Barrington
Full Time • Salary (Based on Experience)
Barrington, IL • Other

Save
Posted 20 days ago
Sous Chef
The Publican
Full Time • Salary (Based on Experience)
One Off Hospitality Group
Chicago, IL • Casual Dining