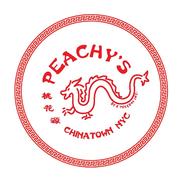 Peachy’s is inspired by a mashup of the Peach Blossom Gardens of Ancient Chinese Mythology and the streets of Blade Runner. The room boasts 16 foot high cathedral ceilings in a Chinatown Basement, an internal Peach Blossom Orchard hangs from the ceiling and Gucci Wallpaper adorns the walls. Our cocktails mirror the vibrant space in both flavors and colors. With an extensive back bar, an eclectic selection of domestic craft beer and a small curated natural wine selection. We offer table service, counter service, large format cocktails and an exceptional food offering.

What we are offering:

What we are looking for:

Tuxedo Hospitality is an equal opportunity employer. All applicants will be considered for employment.  We are committed to an inclusive work environment and value it's constant evolution within our business practices.

Save
Posted 2 days ago
Bartender
The Transcript
Part Time • Hourly (Based on Experience) plus tips
New York, NY • Bar / Lounge

Save
Posted 3 days ago
Bartender
Blu on the Hudson
Full/Part Time • Hourly (Based on Experience) plus tips
Weehawken, NJ • Upscale Casual

The room boasts a 16 foot high cathedral ceiling in a Chinatown Basement, an internal Peach Blossom Orchard hangs from the ceiling and Gucci Wallpaper adorns the walls.
A neon on arrival outlines the venues House Rules: No Photos/No Fighting

Neon’s in the space channel by the streets of old Hong Kong including the signature Peachy's Dragon, Chinese Characters and the declaration "There is no finer town than Chinatown"

5 Doyers Street had many incarnations over the years - an Opera House, a Mahjong Den, an escape hatch for Chinese Gangs (known as Tongs) and now finally, New York’s Best Chinese Restaurant and Cocktail Bar. The site has a long and storied history that is evident in the painstaking refurbishment conducted by owners Jeff Lam and Eddy Buckingham.

The space at 5-7 Doyers Street was formerly the Chinese Theater (also known as the Chinese Opera House) opened by Chinatown merchant Chu Fong in 1893. In its heyday, the theater was not only an important social gathering place for the community, but also a destination for those outside the community to demonstrate the breadth of their cultural knowledge.

It was also the site of one of the most notorious instances of tong (gang) violence, made infamous from a 1905 massacre inside the theater. Considered a neutral ground in the Chinatown organized crime world, the Chinese Theater was the scene of an unexpected shootout with four members of the On Leong tong killed. The attack was thought to have been coordinated by the notorious Mock Duck, a modern, Westernized Chinese transplant from San Francisco who was fearlessly wreaking havoc on long-established patterns of organized crime in Chinatown, and benefiting handsomely financially.

Despite the neutrality of the Chinese Theatre, Doyers Street itself was a notoriously dangerous place to be, nicknamed the Bloody Angle. It was known as this because the curved street was a favorite spot to ambush rival gangs. Law enforcement officials reported in 1994, “more people have died violently at Bloody Angle, the crook at Doyers Street near Pell, than at any other intersection in America.”