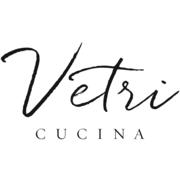 We are looking for creative and detail driven line cooks to be a part of our team.
We offer competitive pay, health benefits, 401k, and bonuses.

Vetri Cucina has the longstanding reputation as being one of the most respected and influential Italian restaurants in the country. The restaurant was conceived, in part, from its chef/owner/namesake’s long-held belief that people should strive to be their own boss. After years of working in some the finest kitchens in Italy and the U.S., Chef Marc Vetri returned home to his native Philadelphia, took over the intimate townhouse restaurant that was once home to the lauded Le Bec Fin and started to cook. In the early days, it was just him and one other cook in the kitchen. His business partner, sommelier Jeff Benjamin, manned the front of the house. Together they opened the doors in September 1998. It proved to be a stunning debut, as Vetri Cucina —with its outstanding rustic fare, handcrafted pastas, innovative flavor combinations and artful presentations—gained a fast following amongst diners, critics and fellow chefs alike.