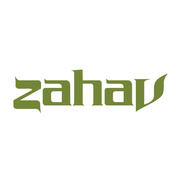 Zahav is hiring hosts to join our growing team.

This individual will be a part of a restaurant team that is committed to open-door guest service, with high execution and presentation standards.  Candidates must have a great attitude, and are exceedingly friendly & dependable.  Candidates dedicate themselves to their tight team by using thoughtful communication practices.  Experience with Resy or other reservation operating systems is a plus.