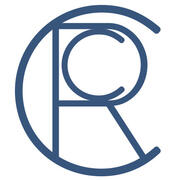 Want to cook at one of Denver's most exciting restaurants? Cholon is looking for cooks!
!!!!!$800 Signing Bonus!!!!!!
Responsibilities

ChoLon Restaurant Concepts was co-founded and is operated by Chef Lon Symensma and Christopher Davis-Massey. In 2010, Lon moved from New York to Denver looking for new adventures and he partnered with Christopher, a long-time family friend and lawyer here in Denver, to launch the project that later became ChoLon Modern Asian – the group’s flagship restaurant.

Before his move, Symensma earned two stars from the New York Times during his time helming the kitchen at Buddakan in New York City. He had already honed his skills and passions as an apprentice in France, Italy, and Spain at Michelin-starred restaurants and San Sebastian’s famed Arzak. At age 19 Symensma won a silver medal in the 1996 Culinary Olympics. He went on to spend several years training under Jean-Georges Vongerichten, including helping to open Jean-Georges Shanghai.

ChoLon, which means “big market” and refers to the largest Chinese-influenced market in Saigon, Vietnam, is Symensma’s homage to Southeast Asia and the years he spent traveling and living in that region. It was through this restaurant that Denver became familiar with Symensma’s keen ability to translate the flavors, textures, colors, and stories of the Far East into dishes that can be enjoyed for lunch or dinner any day of the week. (Indeed, Symensma’s soup dumplings have become something of a local icon!) It wasn’t just Denver that took notice of ChoLon either: In 2011, the restaurant was a James Beard finalist for Best New Restaurant in America and landed on Details Magazine’s Top 10 Best New Asian Restaurants in America. The accolades have continued through the years with nods from Food & Wine, Westword, and Eater Denver, as well as being listed in 5280 Magazine’s Top 25 Restaurants eight years since its opening.

In March 2015, the group opened Cho77 Street Food, Symensma’s modern take on Asian street food. Where ChoLon is polished and upscale, Cho77 is more casual, taking its inspiration from Thai food stalls, Vietnamese street carts, and Singaporean hawker centers. Eight months after opening, Eater Denver named Cho77 the Restaurant of the Year. In January 2019, the group moved Cho77 downtown next to LeRoux and ChoLon, where they always imagined it would be.

In December 2018, CRC opened LeRoux European Cuisine, named as a tribute to Chef Xavier LeRoux, one of Symensma’s early CIA mentors. Sourcing heavily from his culinary beginnings and the 10 years he spent working in the restaurant industry before he began experimenting with Asian food, with LeRoux Symensma focuses on Western-European fare and old-world wines, prepared with seasonal, local ingredients.

In November 2019, the group opened ChoLon’s second location in Central Park. Joining the team is Chef Michelle Xiao, who was a dim sum chef at Buddakan when Lon served as Executive Chef. Xiao has over thirty years of dim sum experience and moved to Denver from New York City in 2019. You’ll find her behind the dim sum counter as soon as you walk into ChoLon Central Park, showcasing her unique skills in the form of delicate dumplings.