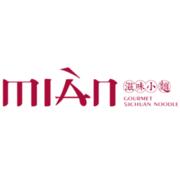 Back of House Staff

Back of House Staff

HIRING IMMEDIATELY FOR LUNCH AND DINNER FOH and BOH Staff at MIAN's brand new location at South Coast Plaza in Costa Mesa. (This position will multi task and helping as Expo, take out Counter and Server for the Front of House and looking for Prep and Dishwashers

Located at South Coast Plaza. Next to Forever 21. 3333 Bristol Parkway in Costa Mesa.

“Mian restaurant has noodles like no one else in the San Gabriel Valley” - Jonathan Gold review of Mian.

From the founders of Chengdu Taste along with acclaimed restauranteur Bill Chait. An opportunity to start with the development of an exciting concept with great career potential. Culinary training with contemporary Sichuan region Chinese cuisine.

Named after the Chinese word for “noodle,” MIAN serves authentic Sichuan-style noodles and traditional dishes in four lively locations across Southern California. An homage to the distinctly delicious (and tongue-numbing) cuisine of China’s Sichuan Province, our menu is anchored by the bold, pungent, and spicy flavors for which the region is known and revered.

MIAN is the brainchild of James Beard Award nominated Chef Tony Xu, who rose to culinary fame with the opening of his first restaurant, Chengdu Taste, in the San Gabriel Valley in 2013. After a pivotal review from the late Los Angeles Times restaurant critic Jonathan Gold, Chengdu Taste went from a locally popular eatery to a bustling sensation for destination diners, and Xu became largely credited for popularizing and ushering in a broader understanding of Sichuan-style cuisine in Southern California. He and his team opened the first location of MIAN (a more casual offshoot of Chengdu Taste) in 2016 to much of the same critical acclaim, receiving another glowing reviewfrom Gold and earning a Michelin Bib Gourmand.

Five years later, our MIAN family — which includes a team of tight-knit chefs who have been mentored by Xu — continues to offer a gateway to authentic Sichuan-style food for customers across the U.S. We look forward to welcoming you in and introducing you to flavors that you’ll crave for a lifetime.

MIAN’s mission is to provide authentic, original, and great tasting Sichuan Cuisine at reasonable prices in a clean, uniquely decorated and convenient environment. We are dedicated to achieve the highest quality of food and service. Please inquire about open positions for FOH and Heart of House Positions (BOH)

Competitive wages, please inquire with a resume or questions so we can arrange an in person interview

Save
Posted 4 days ago
OPENING SOON