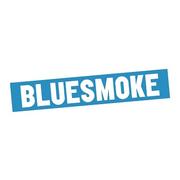 Make a meaningful impact as a Line Cook at Blue Smoke!

As a Line Cook, you have a strong passion for food, technique, and an eagerness to learn more, which comes with the opportunity to build on your skills and grow as a leader in the kitchen. The ideal candidate is friendly, curious, and devoted to becoming an integral member of a team that values hard work and attention to every detail.

What we need from you:

What you’ll get from us:

Please note: This job description is not intended to be all-inclusive. This position may be required to perform other related duties to meet the ongoing needs of the restaurant.

If you have a disability under the Americans with Disabilities Act or a similar law and you wish to discuss potential accommodations related to applying for employment at our company, please e-mail [email protected] for assistance.

We are an equal opportunity employer and value diversity and inclusion and belonging at our company. We do not discriminate on the basis of race, religion, color, national origin, gender, sexual orientation, age, marital status, veteran status, or disability status.

USHG will make reasonable accommodations under applicable law for qualified individuals to enable them to perform the essential functions of the job, unless doing so would create an undue hardship for the Company.