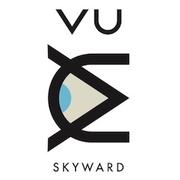 A Line Cook is the backbone of our entire operation. We are looking for an experienced Line Cook to join our growing team and help prepare meals according to our standardized recipes. In this position, your principal goal will be to prepare high-quality meals that meet the Chef's exact specifications, while doing so in a fast-paced environment and busy restaurant. You will be responsible for setting up your station, stocking inventory and maintaining sanitation standards. To be successful in this role, the ideal candidate will possess excellent communication and multi-tasking skills. Ultimately, you will play an essential role in contributing to our Guest satisfaction and restaurant growth.

Compensation: Salary/Hourly (Based on Experience)

Part of The Fifty/50 Restaurant Group

The Fifty/50 was founded by Greg Mohr and Scott Weiner in 2008 to fulfill a lifelong desire on both of their parts to create a restaurant that lay true to their vision and passion of what a casual restaurant should be. Both owners met in February of 2004 when they started working at Joe’s Seafood, Prime Steak, and Stone Crab on the exact same day.

After four very successful years of working together at Joe’s, Greg and Scott realized that they formed a very good team together.

The Fifty/50 Restaurant opened during the recession of 2008, and while many restaurants and businesses, especially new ones, failed during that time period, The Fifty/50 was a success and the duo knew that they were on to something special.

In the Spring of 2011, they opened their second restaurant, Roots Handmade Pizza, which specializes in Quad Cities Style Pizza complemented by a progressive beer list featuring Midwest breweries. The second Roots Handmade Pizza location opened in late 2015 in the Lincoln Square neighborhood.

In October of 2011, West Town Bakery was developed. It is a diner, retail, and wholesale bakery that focuses on providing organic, local, and sustainable products to its patrons. WTB is also a 3 Star Green Restaurant Certified Restaurant.

Homestead on the Roof was opened in July 2012 and is a restaurant focusing on incorporating items from its urban rooftop meadow into all cocktails and food items.

Opening in late 2015, The Sixth, another cocktail bar with partner Benjamin Schiller opened in Lincoln Square.

In 2016, the restaurant group opened up Steadfast, a fine-dining restaurant, in the Chicago Financial District.

Currently, the team is working on the development of F&B projects within the Gold Coast's Dana Hotel. In 2018, the group is slated to open up their 4th West Town Bakery location within the Chicago Cub's Hotel Zachary.

Together the two, have developed a standard of excellence, with personal attention to every detail of food, décor, performance, and service so the guest and employee always feels cared for.