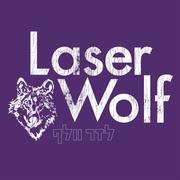 We are looking for fired-up Food Runners at Laser Wolf in Brooklyn! Laser Wolf, an Israeli Shipudiya or ‘skewer house’, resides on the rooftop at The Hoxton, Williamsburg. CooknSolo restaurants and Boka Restaurant Group have partnered for the first time to bring this exciting and delicious concept to New York.

Are you dependable and nice? Do you put forth a positive attitude? Are you looking to learn and grow every day? If yes, we want to meet you! Open schedule availability is preferred, and open minds are a must. There is growth potential for the right candidates – ready to stay put for a while?

We are pumped to build this team - and looking for full and part time candidates. If you want in, send us your resume. Let’s do this!

Named after "Lazar Wolf," the butcher in the iconic musical Fiddler on the Roof, the restaurant features uninterrupted views of the Manhattan skyline over the East River. Here, everything is cooked over a charcoal grill–an ancient cooking style that intensifies the flavor of its subjects.

Laser Wolf Brooklyn is the first collaboration between Philadelphia’s CookNSolo and Chicago’s Boka Restaurant Group, bringing together the trailblazing teams of Chef Michael Solomonov and Restaurateur Steven Cook, and Restaurateurs Kevin Boehm and Rob Katz. CookNSolo and Boka share a singular vision for warm hospitality and the celebration of Israel’s vibrant culinary landscape. The two groups are joining forces at The Hoxton, Williamsburg to bring their best to New York City.