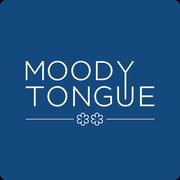 Our Hosts and Hostesses are the ambassadors of hospitality and must have a passion for making guests feel welcomed and appreciated. Their jobs are to tailor experiences through guest engagement and getting to know everyone that visits Moody Tongue. They hold themselves accountable for upholding company standards of quality, efficiency, hospitality and assist in building a positive work environment.

Our ideal candidate is an experienced Host or Hostess who can perform calmly and effectively in a fast-paced environment, is capable of multi-tasking and has a passion for genuine hospitality and all things food and beverage.

We look forward to hearing from you and do not hesitate to reach out with any questions!

Save
Sponsored
Front of House Staff
The Green
Full/Part Time • Hourly (Based on Experience) plus tips
Chicago, IL • Casual Dining

The brewery's new home will house a dramatically expanded brewing operation as well as two restaurant concepts helmed by ten-time Michelin-starred Chef Jared Wentworth: The Bar at Moody Tongue, a casual, à la carte tasting room, and The Dining Room at Moody Tongue, a 25-seat, upscale 10-course tasting menu. This new expansion is the perfect opportunity for Rouben (former Brewmaster of Goose Island Brewery) to join forces with longtime friend Wentworth (Longman & Eagle, Dusek's) to showcase beer and food pairing in a setting unlike any before.