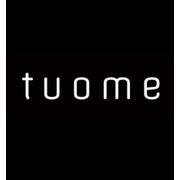 Tuome, an established East Village restaurant seeking full time and part time Server and Food Runner. We are a contemporary american restaurant with asian influence, [received 1 Michelin Star, 2 Stars from NY Times and 4 Stars from Eater]. Small and intimate establishment with casual attire. Seeking an outgoing and personable individuals who are quick on their feet and can problem solve quickly.

ABOUT US:
We are a very intimate family of employees and seek to add people who have a passion for food and wine.


ABOUT THE POSITION:
We are seeking a server and food runner, an average of 20 hours a week. You MUST BE AVAILABLE MOST FRIDAYS AND SATURDAYS.

THINGS TO NOTE ABOUT THE POSITION:
1) We are closed on Sundays and Mondays.
2) Your time in to work would be between 4:30pm - 6:30pm depending on how many people are scheduled.
3) We are only open for dinner service.

Tuome is a Michelin Star restaurant offering contemporary American cuisine with Asian influences from Chef Thomas Chen. A first generation Chinese-American, Thomas was born and raised in New York and began his career as an accountant. After four unfulfilling years, Thomas decided to follow his passion for cooking and attended International Culinary Center. He spent several years working his way up the ranks at Eleven Madison Park, the lauded fine dining institution, before opening his first restaurant Tuome in 2014 in NYC's East Village neighborhood.

At Tuome, Thomas offers an ingredient-driven contemporary American menu that showcases his classic culinary training and Asian influences from his heritage. The restaurant has continued to receive praise from guests and media alike including a glowing 2-star review from The New York Times, a 4-star review from Eater, and has held a Michelin Star for the last three years.