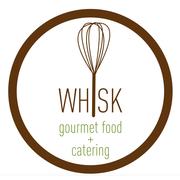 Seeking professional and motivated candidate to be our Host or Hostess.

Must be able to multi task, be proactive, friendly and interact with guests in person and over the phone. Will greet guests, manage the floor plan, manage reservations, take orders over the phone, work on a busy environment, perform side work.

Whisk Gourmet is a staple neighborhood joint that prides itself on serving good food with focus on southern food & hospitality. Our executive-chef Michelle Minotti explores classics of the american cuisine, serving comfort food while allowing the many influences of a multicultural city like Miami come to life on our plates. Locally sourced, seasonal ingredients and a unique selection of craft beers, boutique wines and signature cocktails make our family owned restaurant a vibrant place to create and work at.

Whisk Gourmet Food & Catering was opened in 2006 by brother and sister, Brendan & Kristin Connor, both of whom were born in Miami.

The original restaurant was 650 square feet, located on Le Jeune Road in Coral Gables. It started strictly as a catering business; however, after enough people asking if they served food there in the space, Brendan and Kristin slowly built Whisk into the restaurant concept it is now. After being at that location for nearly 4 years, Whisk moved to its current location in South Miami, in January of 2011. Kristin & Brendan left Miami, but the neighborhood staple they created still here serving comfort food and offering amazing wines and spirits to pair with it.