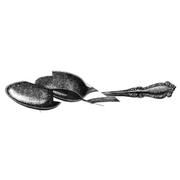 S.K.Y. restaurant, Chef Stephen Gillanders’ highly acclaimed restaurant in Pilsen, is hiring Sous Chefs to join its BOH team.
The ideal candidate has extraordinary attention to detail, exacting focus, and strong kitchen management attitude. This role requires dedication, passion, creativity, and the ability to persevere through challenging services while constantly striving to maintain the standards of the S.K.Y. Restaurant and our leaders.

Manage daily kitchen operations including, but not limited to:

S.K.Y. provides equal employment opportunities to all employees and applicants for employment and prohibits discrimination and harassment of any type without regard to race, color, religion, age, sex, national origin, disability status, genetics, protected veteran status, sexual orientation, gender identity or expression, or any other characteristic protected by federal, state or local laws. This policy applies to all terms and conditions of employment, including recruiting, hiring, placement, promotion, termination, layoff, recall, transfer, leaves of absence, compensation and training.

The initials S.K.Y. belong to Chef Gillanders' wife, Seon Kyung Yuk, after whom the restaurant is named. Gillanders had always envisioned opening his first restaurant in his hometown of Los Angeles, CA. But during Gillanders' tenure at Intro in Chicago, which served as the testing ground for his own restaurant concept, the couple discovered their affinity for Chicago and decided it was home-- and the future home of S.K.Y.

After a year and a half as Chef/Partner at Intro, Gillanders was ready to realize his dream of opening his own restaurant. He and his wife toured over 20 restaurant spaces all over the city when they finally found the perfect location for S.K.Y. in Pilsen, Chicago. The robust arts culture and community-feel of the neighborhood fully embodies the philosophy of their breakout restaurant concept.