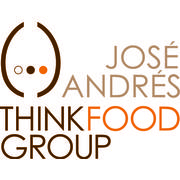 Lead and manage service team to offer a world-class culinary experience. Take ownership of the restaurant; ensure the restaurant operates beautifully, efficiently and profitably every shift and every day. Exemplify gracious hospitality and sincere respect in all interactions. Maintain open lines of communication a positive work environment. Continue to be a student of our concept and the industry by seeking out opportunities to learn more and improve. Be a dedicated teacher committed to developing the hourly team. Position reports to the General Manager.

Lead Service Develop, coach and consistently execute service standards. Impact service by being on the floor during peak service times. Earn the confidence of the team by consistently running a smooth shift. Exemplify professionalism and enlightened hospitality in all interactions and especially in difficult situations. Ensure consistent execution of steps of service by using tools such as shopper reports and guest feedback.

Performance and Talent Development Develop strong team relationships by demonstrating a strong work ethic and willingness to assist each team member. Clearly communicate expectations and hold individuals accountable. Provide both positive and constructive feedback to team in a timely manner and document when appropriate. Actively recruit top tier talent. Treat potential employees with same sense of hospitality and respect as employees and guests. Execute training program consistently for hourly employees. Take charge of self improvement and professional growth by seeking out performance feedback and educational opportunities.

Ambassador of TFG Culture Seek out opportunities to communicate ThinkFoodGroup’s vision to team, guests, students, vendors and community in a clear and positive manner. Lead by example. Demonstrate ownership, accountability, and initiative in daily tasks by anticipating business needs and proactively addressing issues. Readily adjust to circumstances and manage change effectively by finding ways to accommodate team and guests by always ‘making it happen’, without sacrificing quality. Create a positive work environment by demonstrating no tolerance for negative behaviors. Welcome new ideas and seek feedback from team and GM by asking questions.

Abilities & Working Conditions
This position will spend 100% of the time standing or walking.
Must be able to stand and exert well-paced mobility for up to 8 hours in length.
Must be able to exert well-paced ability to maneuver between functions occurring simultaneously.
Must be able to lift up to 15 lbs. on a regular and continuing basis.
May be required to lift trays of food or food items weighing up to 30 lbs. occasionally.
Requires grasping, writing, standing, sitting, walking, repetitive motions, bending, climbing, listening and hearing ability and visual acuity.
Talking and hearing occur continuously in the process of communicating with guests and employees.
Requires manual dexterity to use and operate all necessary equipment.

*ThinkFoodGroup requires all staff and guests over 12 years of age who are dining indoors to be fully vaccinated.*

Staff Management of up to 75