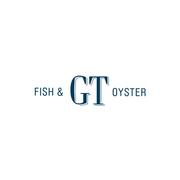 We are seeking out Server Assistants to be a part of the GT Fish and Oyster team.

GT Fish and Oyster has a seafood focused menu by Giuseppe Tentori that is a combination of 50% modern dishes and 50% traditional dishes all served as sharable plates.

We pride ourselves on exceptional service and food. We have great staff incentives and a welcoming team. We need team members that have flexible hours and willing to work weekends and some holidays.

Save
Posted 8 days ago
Front of House Staff
Steingold's of Chicago
Part Time • Hourly (Based on Experience) plus tips
Chicago, IL • Fast Casual

GT Fish & Oyster opened its doors in 2011. The seafood focused menu by Giuseppe Tentori is a combination of 50% modern dishes and 50% traditional dishes all served as sharable. The space, put together by renowned designers 555, was inspired by what principal Karen Herold calls “part James Bond’s yacht, part New England Cottage.” One of the most difficult reservations to get in Chicago, the 90 seat GT boasts a massive 22 seat bar, a “boomerang” table that seats 12 and a 4 seat oyster bar. Giuseppe Tentori was named Chef of the Year for his work at GT Fish & Oyster by Chicago Social, and Chicago Tribune named GT Fish & Oyster one of the outstanding restaurants of 2012.