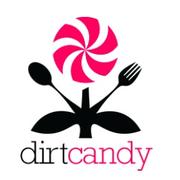 We are looking for a Cook for dinner service.  The candidate will be responsible for doing a bit of prep to get ready for service, setting up a station, working service during dinner and breaking down/assisting with the cleaning/closing of the kitchen at night.

The candidate will be responsible for following our recipes and guidelines for getting food ready for nighttime service.

Please possess good time management and communication skills, be detail oriented and be punctual. Flexible schedule is a must. Previous Experience is a plus. The position is full time, 40 hours a week.

Please send a resume with references.

Dirt Candy, the award-winning vegetable restaurant on New York City's Lower East Side. Dirt Candy was the first vegetable-focused restaurant in the city and the leader of the vegetable-forward movement. The restaurant's original location only had 18 seats and was open for six years, during which time it became the first vegetarian restaurant in 17 years to receive two stars from the New York Times, was recognized by the Michelin Guide five years in a row, and won awards from Gourmet Magazine, the Village Voice, and many others. Its new location opened in January, 2015 and it was the first restaurant in the city to eliminate tipping and share profits with its employees.

Amanda Cohen, Executive Chef and owner of Dirt Candy, was the first vegetarian chef to compete on Iron Chef America and her comic book cookbook, Dirt Candy: A Cookbook, is the first graphic novel cookbook to be published in North America. It's currently in its sixth printing. She is currently a James Beard semi-finalist as Best Chef, NYC. She is also a Canadian.