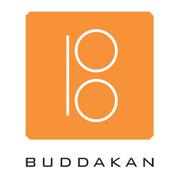 Qualified candidates will have/be:
- 2 year minimum prior experience as a server in a well-rated, service driven restaurant
- Passion for great food and drinks serves with care and consistency
- Personable and professional demeanor
- Timely and responsible

About Buddakan:
(via Zagat) After more than a decade, Stephen Starr's "Asian-inspired" "gastronomic nirvana" in Old City is still "staggeringly popular", turning out "ah-may-zing", "beautifully executed" fare served by an "attentive but not hovering" staff in "dark", "spectacular" quarters beneath a "massive" statue of Buddha; the "people-watching" never disappoints, and most deem it "perfect for a date night or a special occasion."

(via OpenTable) Stephen Starr's Buddakan is a spectacular restaurant featuring exotic flavors of modern Asian cuisine with creativity and drama. Bon Appetit notes, "The mostly white space is striking, with a lit-from-within communal table in the middle of the room, a waterfall & a ten-foot, candle-bedecked Buddha. The religious icon watches over hip customers indulging in pan-Asian cuisine that far surpasses the fare usually found at hot spots like this." Newsweek reports, "Design also serves as a signifier for cuisine. You walk into Buddakan, one of the hottest new restaurants in Philadelphia, past a shimmering waterfall & Japanese river stones & you say to yourself, 'ginger-miso everything' even before you see the magnificent 10-foot Buddha dominating the dining room." Named one of "America's Top 50 Restaurants" by Travel & Leisure and 'Top Restaurant for Fun' by Gourmet, Buddakan has become one of the country's most talked about restaurants.

Escape across the globe with Modern Asian cuisine. Beloved dishes like edamame dumplings, char siu pork buns and Kobe beef satay share menu space with ambitious entrees that marry daring influences from East, West and beyond. Guests can enjoy cutting-edge Asian-influenced cocktails, a bento box lunch or a full dinner which transports them across the globe — if only for an evening.