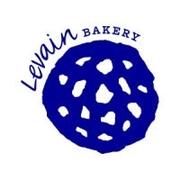 This is a great opportunity for someone who is interested in getting their start in the food and baking industry and learning from a growing business or anyone with a passion for customer service and delicious baked goods!

-Provide a high level of customer service and hospitality: You will get the chance to interact with all kinds of people. We have a steady stream of regulars as well as people who travel from all over the world to try our products.

-Maintain product knowledge of all of our baked goods, sandwiches and pizzas: Be an expert in all things Levain and be ready to offer informed suggestions to our customers.

-Take initiative, be proactive and ask questions: We are always looking to develop people and teach new skills- show us that you are interested!

-Be a team player and a positive influence on your coworkers: Our people are at the core of our success- our staff supports one another and genuinely enjoys the time they spend together.

-Stay calm and composed under pressure (even when our line is crazy long!) and have a good sense of humor along the way!

Pam Weekes and Connie McDonald created Levain Bakery in 1995, out of their passions for food, friendship, and hard work. Competitive swimmers and triathletes, Pam and Connie passed their workouts by engaging in passionate conversations about baking, which inspired them to open a small bread shop in 1995, which they named Levain Bakery.

One day, they created an ultimate chocolate chip walnut cookie to give them energy while training for a triathlon. They decided to sell a batch in their bakery, and they flew off the shelves. An icon was born. The cozy shop on West 74th Street became a neighborhood favorite and a destination for epicurious travelers from around the world.

From the start, they baked everything fresh on-site each day and donated the day’s leftovers to charity each night, actions that remain solidly in place almost 25 years later. Levain Bakery now has eight locations with more to come, e-commerce gift boxes, and recently made its debut in grocery stores with the launch of Levain Bakery frozen cookies.