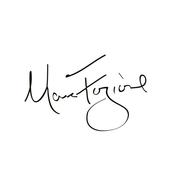 In his eponymous restaurant, Chef Marc Forgione showcases his innovative yet approachable New American cuisine using the best seasonal and local ingredients. Opened in 2008 in TriBeCa Restaurant Marc Forgione attracts an eclectic mix of locals and visitors who come for the contemporary food and drink with friendly service in a comfortable setting.


As the son of renowned chef Larry Forgione, Chef Marc Forgione has been developing his skills in the kitchen since he was 16 years old, first at his father’s restaurant An American Place and then with notable chefs Kazuto Matsusaka, Patricia Yeo, Michel Guerard and Laurent Tourondel.
From these varied experiences, Forgione has created a straightforward American style with bold flavors and playful touches. Menus change frequently to showcase fresh ingredients, local farmers and purveyors, and new twists on seasonal American favorites.

FHG is an equal opportunity employer. We celebrate diversity and are committed to creating an inclusive environment for all employees.

Proof of Covid 19 vaccination is required for employment

Save
Posted 1 day ago
Bartender
The Infamous
Full/Part Time • Hourly (Based on Experience) plus tips
Queens, NY • Bar / Lounge

Part of Restaurants of Marc Forgione

In his eponymous restaurant, Chef Marc “Forge” Forgione showcases his laid-back yet high-style approach to New American cuisine in a comfortable and energetic atmosphere. Forgione and partner Chris Blumlo originally opened the restaurant under the Chef’s nickname in June 2008, offering their signature style of contemporary food and drink as well as friendly service that draws an eclectic mix of locals and visitors.

Restaurant Interior“I wanted to create a place that is genuine; somewhere that projects my energy and passion,” says Forgione. “Marc Forgione reflects years of family history, my personal style and the texture of the neighborhood.” Learn more about the building and the decor.

As the son of renowned chef Larry Forgione, the 29-year old chef has been developing his skills in the kitchen since he was 16 years old, first at his father’s restaurant An American Place. Forgione went on to work with a number of notable chefs including Kazuto Matsusaka, Patricia Yeo, Michel Guerard and Laurent Tourondel.

Since opening, Marc Forgione earned coveted Michelin stars in 2010 and 2011, along with the distinction of a two-star New York Times review from Sam Sifton in October of 2010. The restaurant was also named “Key Newcomer” by Zagat Guide 2009, “Top 25 Restaurants in NYC” by Modern Luxury magazine and “All Star Eatery” by Forbes magazine in 2008-2010. Chef Forgione was awarded “Star Chefs Rising Star of the Year Award 2010″; named “Rising Star 2008″ from Restaurant Hospitality magazine and mentioned “New Formalist” by Esquire magazine in 2008. In 2010 he competed against 10 of the best Chefs from around the country and ultimately was crowned the winner of the Next Iron Chef on Food Network, joining the exclusive group of Iron Chefs