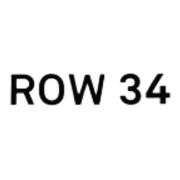 Host. MaÎtre' D. Master of Ceremonies. Whatever you want to call it, we believe that being on the front lines at Row 34 requires amazing, energetic and friendly people who love helping our guests have one of a kind experiences while remaining calm and cool under pressure. We view this as one of the most important roles in our restaurants.


If this sounds like fun to you, read on:


Is restaurant experience required? No.


Could I do this as a second job? Yes.

Apply with your resume to Alex@Row34.com.

(603) 319-5011
A collection of restaurants started by James Beard nominated restaurateur Garrett Harker. The first to open, in 2006, was Eastern Standard Kitchen & Drinks, located in the Hotel Commonwealth in Kenmore Square. Garrett has since partnered with Island Creek Oysters in Duxbury, MA to open Island Creek Oyster Bar, and with Jackson Cannon, to open The Hawthorne Bar, both of which are also located in The Hotel Commonwealth. ICOB focuses on fresh seafood dishes made in the style of classic New England coast. The Hawthorne, nominated for a Beard award in 2015 for Outstanding Bar Program is a craft cocktail and fine wine driven bar/lounge. Row 34, in Fort Point, Boston as well as Portsmouth, New Hampshire are the creations of Garrett Harker and Skip Bennett of Island Creek Oysters, with again the focus being fresh seafood perfectly executed. Branch Line, located in Watertown, MA, was created by both Garrett and Andrew Holden. The focus there is rotisserie style and wood-grilled based.