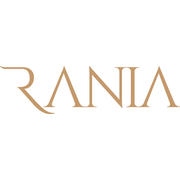 We are pleased to announce the upcoming opening of Rania.  Chef Chetan Shetty who previously helmed the kitchen at Indian Accent in New York City and New Delhi is creating an amazing menu to highlight and elevate the regional foods of Indian in a modern and exciting way.  The menu will be a pre-fixe format and we will also offer a Chef's Tasting menu.  We are revamping the wine and cocktail program and we are looking for front of the house staff members who enjoy hospitality and love learning about new cuisines.  We love what we do, and we want like-minded people to join our team.

We are now hiring for all Front of the House Positions:
Head Bartender, Bartender, Captain, Server Assistant, and Food Runners.
We will be doing an hourly guarentee to tipped employees for the opening months to provide financial stability because we know that openings can be unpredictable.

Please send your resume with the position that you are applying for through Culinary Agents or email your resume directly to:
[email protected]

Save
Posted 6 days ago
OPENING SOON

The team behind Punjab Grill, is thrilled to announce the upcoming opening of Rania. Led by Executive Chef Chetan Shetty—formerly of the critically acclaimed Indian Accent in New York and New Delhi—Rania will introduce guests to a new and unexpected approach to Indian cuisine, focusing not just on widely known standbys associated with Northern Indian food.