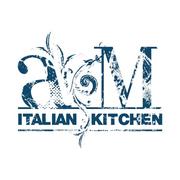 We are looking for Servers who will be responsible for crafting outstanding customer experiences. To succeed in this role, you will need to have a positive attitude and ability to work well under pressure with bussers, cooks and other staff. Servers should be motivated by hospitality and education in food and beverage service.

Their second restaurant, Hog & Hominy, is a wood burning, neighborhood eatery and was named one of the top new restaurants by GQ Magazine, Southern Living, and Bon Appetit as well as a semi-finalist for Best New Restaurant from the James Beard Foundation, which also named the chefs semi-finalists for the Best Chef: Southeast award for three consecutive years during 2012-2014, and a finalist for the award in 2015, 2016, and 2017. On February 15, the Chefs were announced as semi-finalists for the 2018 James Beard Best Chef Southeast award, placing them in the running for seven consecutive years.

In 2013, they were awarded Food & Wine Magazine’s Best New Chefs Award and named in Starchefs.com’s 2014 Kentucky-Tennessee Rising Star Chefs. In his review of the restaurants in 2013, Pete Wells of the New York Times called the restaurants “A sibling rivalry worth diving into.”