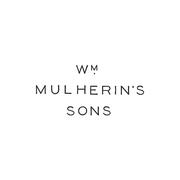 Wm. Mulherin's Sons is actively seeking committed, hard working and dependable individuals to join the front of house management team.  We are looking for an individual to assist in the day-to-day operations of the restaurant under the guidance of the General Manager.
Located in Fishtown, Philadelphia, Wm. Mulherin’s Sons is an urban Italian restaurant and hotel thoughtfully converted from a former 19th century whiskey blending and bottling factory.  Esteemed chef Jim Burke - formerly of James in South Philadelphia, for which he was awarded Food and Wine Magazine’s “Best New Chef”, helms Mulherin’s.  The beverage menu features quality-driven cocktails along with a curated list of well-crafted beer and approachable wines from the Old and New World.

We are looking for individuals who are caring, self motivated and attentive that want to promote the core values of Method Hospitality. Our goal is to provide an elevated guest experience while maintaining a positive and healthy work environment for all employees.

Chef Jim Burke is serving urban wood-fired Italian in the painstakingly preserved Fishtown icon of the early 20th Century Mulherin whiskey business. In addition to Chef Burke's menu of small plates, pastas, and grilled meats; Mulherins features a killer pizza program as well as wine, beer & cocktail lists curated by a team that has been behind some of Philadelphia's best beverage programs.