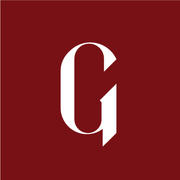 Grana, a Southern Italian inspired restaurant, by Pat Pascarella of The Porchetta Group, is now interviewing experienced Restaurant Servers, Hosts and SAs. If you enjoy talking to people and thrive in a fast-paced workplace, we’d like to meet you.

Ideal candidates should have:

Save
Posted 7 days ago
Server
The Ashford
Full/Part Time • Hourly (Based on Experience) plus tips
Brookhaven, GA • Upscale Casual

Part of The Porchetta Group

Pat Pascarella grew up first generation Italian American in Connecticut from an immigrant family. He worked his way through restaurant jobs from an early age, went to college, changed courses and went to culinary school, and opened his acclaimed restaurant, Bar Sugo. After a life spent in the northeast, he and his family made their way down here to Atlanta and landed at The Optimist — pasta ever in his mind. Come 2018, he opened The White Bull in Decatur which has continued to steal hearts and appetites through pasta. Now, he and his team are working on opening Grana in Piedmont Heights.