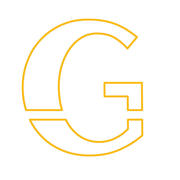 Goldie – a vegan (and kosher!) falafel shop serving a signature menu of Falafel, Fries, & Tehina Shakes all in throwback digs – is hiring a Shift Leader to join their tight and dedicated team.

This candidate has a guest-first mentality, and is skilled at staying upbeat in a high volume, fast-pased and lively atmosphere.  This person is friendly and organized, and works well in a team-driven culture. They are self-motivated and committed to a positive attitude.  They are responsible for daily orders, and inventory oversight. Working on weekends is mandatory.

Goldie is in the CookNSolo Restaurants family, a group co-owned by chef Michael Solomonov and Steve Cook who combined are five-time James Beard Award winners.  The distinctive CookNSolo restaurants are Zahav, Dizengoff, Federal Donuts, Abe Fisher, Goldie, K’Far, Merkaz, and Laser Wolf – all in Philadelphia.  We so look forward to hearing from you.