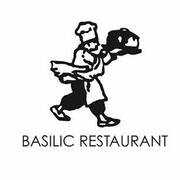 ***Experience IS A MUST. Minimum 1 year as pantry chef. Please do not apply if you do not have experience***

Charcuterie and Cheese Board Arrangement

Following in the footsteps of his family, who owned and operated Restaurant de La Gare, a Hotel-Restaurant in Faoug (Canton de Vaud, a town in the French-influenced part of Switzerland) Bernard says that his desire to become a chef came the day he was born; "I was born in one of the rooms above the family restaurant. My first smell was that of food. It has been in my blood to become a chef since the day I was born."

Born and raised west of the Alps, Althaus brings an earnest French/Swiss sensibility to his cuisine.

Educated in Lausanne, he then served his apprenticeship at Restaurant Le Chalet Suisse, before coming to the U.S. where he served as head chef for French team of the 1970 America's Cup. He then continued this journey as a private chef on charters in the Caribbean before returning to Switzerland.

In 1990, Bernard and his wife, along with their two children, came to Newport Beach for the wedding of a family uncle. With plans of traveling the U.S. they purchased a motor home and traveled the country for a year. Like many, they found the combination of beautiful weather, ocean, and nearby access to skiing irresistible and too good to leave behind.

Soon thereafter, Althaus began cooking alongside fellow Swiss, Ernst Zingg, at The Celler in Fullerton, spent almost two years at Newport Beach's Pascal Restaurant, then over five years at Mezzanine At The Towers in Irvine before opening Basilic in 1997.

Althaus has since been spending most of his time perfecting his exquisite dishes and pleasing his clientele five nights a week on Balboa Island. At home he harvests his own organic garden to produce the fresh herbs used in his dishes (the name Basilic is the French word for basil- Althaus' favorite go-to herb for seasoning) and grows the yellow and red, organic, heirloom tomatoes found in the summer seasonal Special Tomato Salad. In the kitchen, he prepares each dish and every dish to-order, making sure each plate is served to perfection from the Swiss Onion Soup, the John Dory Filet, to the Crème Brûlée. He'll often make a quick appearance in the dining room to greet guests between seatings.